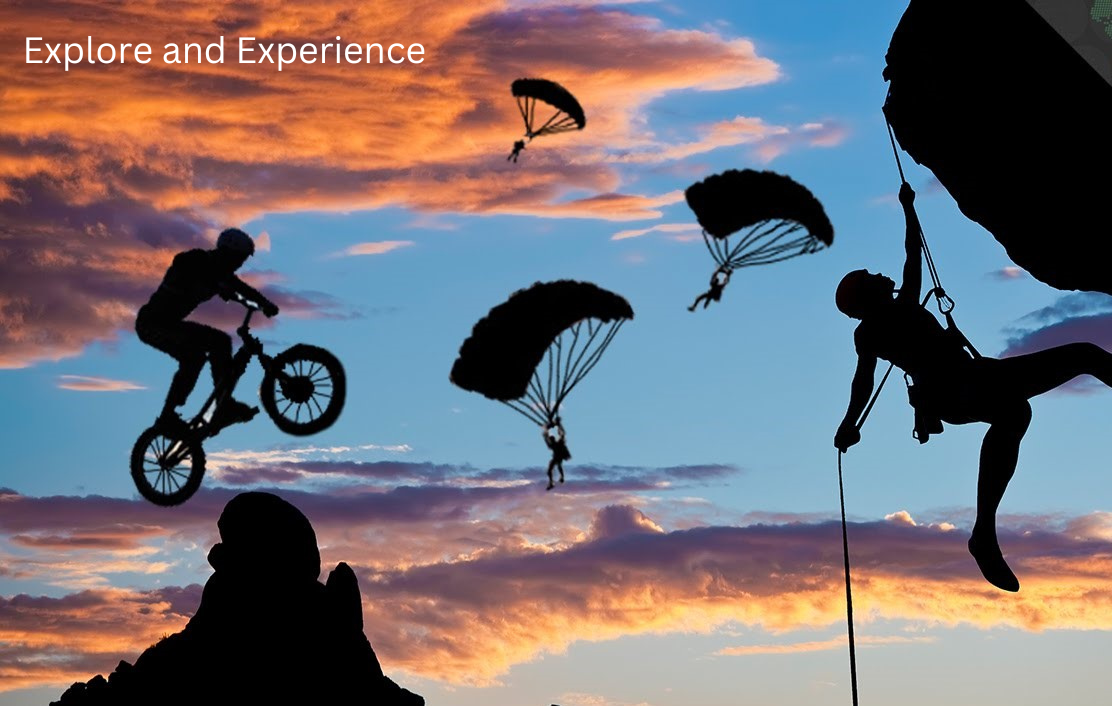 Jumping from the launching pad at a great height while attached with a flexible cord. The adrenaline rush comes from the free falling and the rebound. This meager intensive excitement and stimulation encourages many people around the world to dare to have such a popular adventure.

Rio Grande bridge, New Mexico, is the highest, popular and most expensive bungee jumping spot in the United States.

Royal Gorge suspension bridge, Arkansas river, is the highest bridge in the United States. Bungee jumping and BASE jumping is allowed legally and safely only during Go Fast Games for 3 days event held in September.

Go-karting is an ideal first step for junior racers. Go-karting can both be used as a great training ground and bring an aspiring youngster into a large-scale international competition. Traditionally, small two-stroke and four-stroke internal combustion engines were used in motorized go-kart racing, now electric go-karts are available.

Parkour, similar to freerunning, involves overcoming obstacles by climbing, jumping or running in a creative way, with artistry, fancy flips and stylistic acrobatics, to create their own moves, flows and lines in different landscapes, generally in urban areas. No equipment is needed, except a good pair of shoes.

Central Park, New York is the most popular place for parcticing parkour in United States. Parkour gyms are the best place for dedicated and competitive athletes.

Climbers climb up across steep, rock cracks, finger pockets and edges or slab of natural rock formations, with safety rope, harness, a good pair of climbing shoes, and chalk bag. This sport tests a climber’s strength, endurance, agility and balance along with mental control.

Scuba diving is one of the few experiences where you can see fascinating animals in their natural habitat – authentic and unfiltered. It’s the perfect escape from the demands of the surface world when you immerse yourself in the world beneath the waves.

Skateboarding is an action sport, and a form of recreation that involves riding, performing tricks like the tickturn, the Ollie, the grind, and many freestyle maneuvers. Recently, barefoot skating has been experiencing a revival, one of the leading trends associated with skateboarders choosing to wear stick-soled slip-on skate shoes.

Sliding down a snow-covered mountain with a snowboard attached to the rider’s feet with soft to mid-flexing boots, without any poles. To die-hard riders and enthusiasts across the globe, snowboarding is a special kind of “medicine for the soul”, combining the beauty of nature, the thrill of competition, and the opportunity of self-expression.

Riding a wave on a surfboard, either lying on belly, drop knee or sometimes even standing, is one of the most addictive adventure sports. Surfer’s skills are tested by their ability to control the board in difficult conditions, riding challenging waves, and executing maneuvers like strong turns, cutbacks, carvings, floater, off the flip, and many more.

Windsurfing combines the features of sailing and surfing on a surfboard, maneuvered by the tilting and swiveling action of the mast and sail. Windsurfing is a recreational, more adventurous sport than sailing, and requires a higher level of physical fitness and agility.